Placing ourselves in the longer humanity cycles 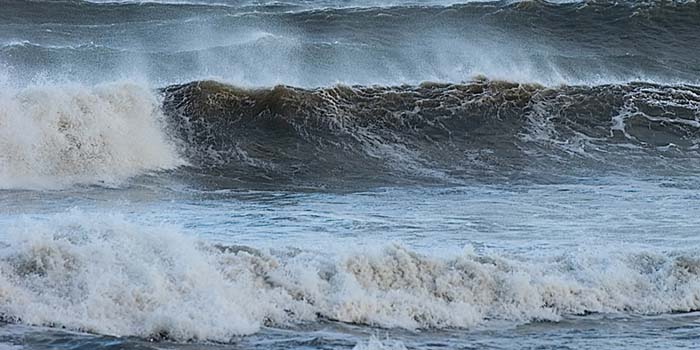 A day is the time needed for the Earth to make a complete revolution on its axis. The Earth circling once around the Sun is a known as a year. These are natural cycles that affect every living specie. It has been suggested that the Sun also makes an orbit in its travels through the universe. We on Earth are affected by this longer cosmic Sun cycle too. The universe is made up of uncountable numbers of orbs that all seem to be interconnected to each other. I believe that when we look at these longer cycles we get a new perspective about the world we live in and our place in it.

The early Greeks thousands of years ago suggested a long concept of cycles of ages that they called "the Great Year." “The Yugas” refers to a similar 24,000 year cycle discussed in ancient Indian scriptures. The basis of the 4 Yugas is the celestial movement of the planets. Because of the inherent magnetism involved in planet movement, the effect of this magnetic attraction changes along with the movement. The change in magnetic field influences an evolution of the human consciousness. As the planets move in cycles, consciousness also moves in cycles from a high to low and then again from a low to high. Thus the 24,000 year cycle has a 12,000 year descending cycle (where man loses touch with the highest teachings) and a 12,000 ascending cycle (where the lost wisdom is relearned again). The 24,000 years is composed of a Satya Yuga, Treta Yuga, Dwapara Yuga and Kali Yuga descending cycle followed by Kali Yuga, Dwapara Yuga, Treta Yuga and Satya Yuga ascending cycle. (see the chart below).

The Iron Age: Densest age, live at 25% of our potential

Descent into materialism, ignorance, and forgetfulness

The Bronze Age: Awakening age, live at 50% of our potential

The Silver Age: Age, Telepathy age, live at 75% of our potential

The Golden Age: Conscious age, live at 100% of our potential

Harmony with nature, human divinity, One with God, human intellect comprehends all

Most Indian scholars date the lowest density age, known as Kali Yuga, to be far from finished, though there is not any agreement about when it might end. In 1894 Swami Sri Yukteswar, master yogi and astrology scholar, wrote in his book, The Holy Science, that Kali Yuga was over. It was his opinion that due to mathematical mistakes made thousands of years ago, and carried forward to this day, Indian scholars erroneously believed we are in Kali Yuga. Thus according to Swami Yukteswar, ascending Dwapara Yuga, the next after Kali Yuga, has already been underway for hundreds of years. His theory has not been widely accepted, but when you compare actual human history to his dates of the Yugas, the historical facts and the Yugas emphatically line up. I believe Sri Yukteswar's ideas about the age we are living in are correct. The graphic below shows Sri Yukteswar's proposed dates of the current cycle we are in and shows clearly how the 24,000 year cycle is structured. 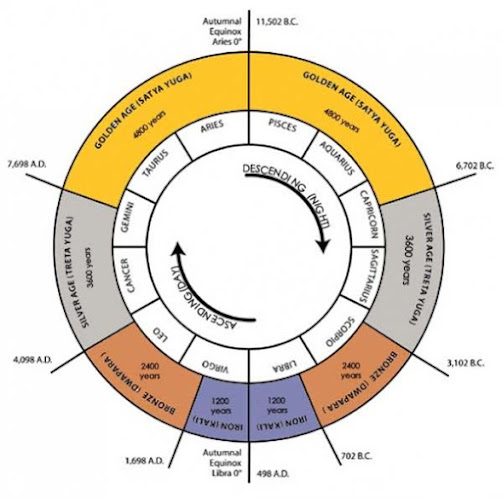 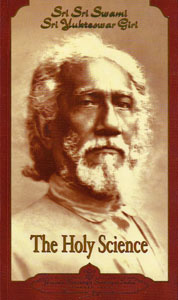 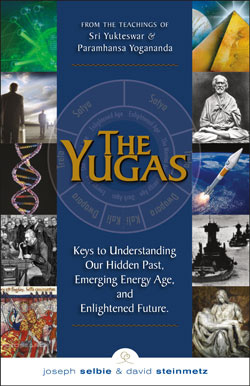 What do we know in this life?

How can we find answers?

Dwapara Yuga is known as the age of energy, a time of awakening consciousness and rapid advancements. The ascending Dwapara Yuga started it's 200 year transition period in 1700 AD and the 2,000 year long Dwapara Yuga proper period started in 1900 AD. We have seen electricity discovered, the atomic age and the age of computers begin, in an explosion of new developments. Within this period quantum physics, space travel and digital phone/cameras have become common place. The science of psychology is less then 100 years old and we see how it has merged with so many other modalities to expand our awareness. With this understanding, the myriad examples of society's changes and the surge in energy and complexity that we all feel, is seen in a new light.

Kali Yuga's matter based structures are ending because they don't serve greater society any more. We seemingly see chaos everywhere as old matter driven paradigms are dying and new energy based paradigms are created. In just the dynamic first years of this new century, we see a tremendous interest in spiritual thought. Spontaneously people are "waking up" as they are driven to deeply explore who they really are. Much of humanity is wanting to change it's behavior which means letting go of mental conditioning and increasing it's desire to live in greater harmony with nature. At this time this is happening all over the world.                                   http://www.minsobooks.com/sri-yukteswar-about-yugas.html